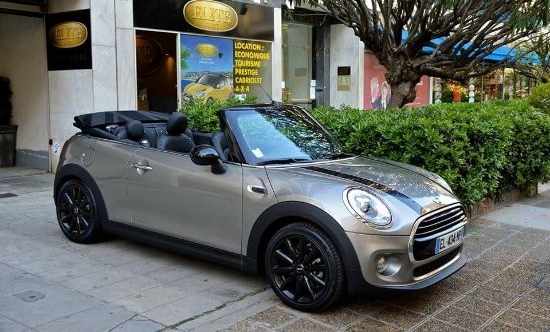 Have you finally decided to take a trip to Nice? This centrally located city on the French Riviera attracts millions of visitors annually due to its historic charm and breathtaking attractions. The heart of the city has kept its medieval character, being specific for its narrow alleys and brick houses. In order to explore Nice and the other coastal towns, tourists are advised to rent a car and take the coastal route to Monaco, Saint-Tropez, Saint-Paul-de-Vence, Grasse, Antibes, etc. There is a myriad of mediator companies, such as Goautos.no – leiebil Nice, helping travelers get the best rent a car deals in Nice.

Have a look at the main reasons for renting a car in Nice.

One of the most popular driving routes to take by renting a car in Nice is the one to Monaco. Given the proximity of this destination, it would be a shame not to spend a day in Monaco and experience its charm. The second-smallest country in the world has a lot to offer to visitors, ranging from palaces and harbors to gardens and cathedrals.

For instance, one of the most prominent attractions is the Port de Fontvieille, a home to nearly 300 vessels, where the rich pay thousands of dollars to accommodate their luxurious boats and yachts. Saint Nicholas Cathedral, built in the 13th century, is another attraction worth visiting. The same goes for the Oceanographic museum, specializing in marine science. It offers a variety of model ships, sea animal skeletons, and sea life collections.

Many travelers are keen on visiting Monaco for the purpose of seeing the Monaco Grand Prix. Due to the narrowness of the streets, this Formula One race track is considered one of the most challenging, thus imposing special rules on racers. Additionally, the Prince’s Palace of Monaco is an attraction visitors should miss when sightseeing. It’s the home of the Grimaldi family, the rulers of the country, open to the public from June to October every year.

In addition, the Monte Carlo Casino attracts thousands of gamblers eager to try their luck in one of the most admired casinos in Europe. Besides the casino, Monte Carlo offers opera houses, aquariums, caves, zoos, etc. Read more about the history of Monte Carlo.

In order to arrive in Monaco, you can rent a car, take the highway or the road following the coastline. Regardless of your choice, the distance between Nice and Monaco is approximately twenty-one kilometers, which means a trip of about thirty minutes.

Another reason to rent a car when visiting Nice is to visit the coastal town Saint-Tropez, situated on the French Riviera. Even though it’s further than Monte Carlo, every traveler is advised to take a day trip to this location. While Saint-Tropez is a popular spot for vacationing for celebrities, it was nothing but a fishing village in the past.

This secluded destination is ideal for everyone looking for a luxurious getaway. Its transformation from a fishing village to a fancy seaside resort appeals to a large number of visitors, not just Europeans. Besides spending time on the beach and drinking cocktails, you can take a stroll in the old part of town down the narrow streets. Also, Saint-Tropez has a marvelous butterfly museum, offering an array of 35.000 rare specimens.

When in Nice, make sure you rent a car and drive along the coastline to Saint-Tropez. The route is a little over a hundred kilometers, which means you’ll be there in about an hour and a half. The coastal route is perhaps a little longer, but it’s definitely worth it, as it’s scenic and memorable. You can rent a convertible, retract the roof, and enjoy the freshness of sea air. The following link, https://www.planetware.com/tourist-attractions-/saint-tropez-f-az-satr.htm, reveals eight top tourist attractions in Saint-Tropez.

Another reason why renting a car is a good idea when visiting Nice is the opportunity to drive to the medieval town Saint-Paul-de-Vence. It’s among the oldest and most breathtaking towns on the French Riviera because of the panoramic views and cosy houses. Saint-Paul-de-Vence has been the second home to many artists, such as Picasso, Matisse, and Montand, who found their inspiration here. Hence, it’s no wonder the town has multiple museums and galleries.

When renting a car to drive to Saint-Paul-de-Vence, make sure you park it in the outskirts, not the city center. The heart of the town is abundant in narrow, pedestrian streets in order for residents and visitors to take a nice stroll while looking at the picturesque houses and museums. The route is no longer than twenty kilometers. Consequently, it’ll take you twenty to twenty-five minutes to arrive in this scenic town.

Another resort town on the French Riviera, a car ride away from Nice, is the town of Antibes. Throughout history, Antibes was a Greek Colony as well as a fortress town in the time of the Roman Empire. Therefore, visitors can find ruins of Roman amphitheaters, aqueducts, and villas, along with the still present Roman architecture.

Furthermore, this charming city offers entertainment for all types of tourists. Those fond of sightseeing can stroll through the old part of town and relax in the delightful gardens, while beach lovers can sunbathe and swim on the several sandy beaches. The coastal route from Nice to Antibes is twenty-three kilometers. All you need to do is rent a car and travel half an hour to this lovely destination.

Perfume lovers shouldn’t miss the trip to Grasse, famous as the perfume capital in the world. The herbs and flowers grown in this region account for two-thirds of the perfume ingredients in France. Grasse is located on a mountain, surrounded by vast, colorful fields and copious historic buildings and alleys.

The perfume city isn’t far from Nice, only forty-five kilometers. You can drive a rental car to Cannes and continue the trip to the country from this location. It takes about forty minutes to arrive there.

If you decide not to leave Nice, you should be familiar with the streets, traffic, and parking in the city. The majority of streets are narrow and one-way, which can be stressful for some drivers. In order to park on the streets of Nice, you must pay a fee at one of the vending machines, but the car shouldn’t be left on the marked spot for longer than two hours. Street parking is free of charge from 08 pm to 08 am, whereas it’s entirely free on Sunday.

A rental car is a must when visiting the French Riviera.

It’s the only way to explore it! 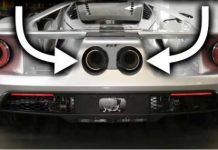 ﻿5 Essential RV Purchases to Make Before Hitting the Road