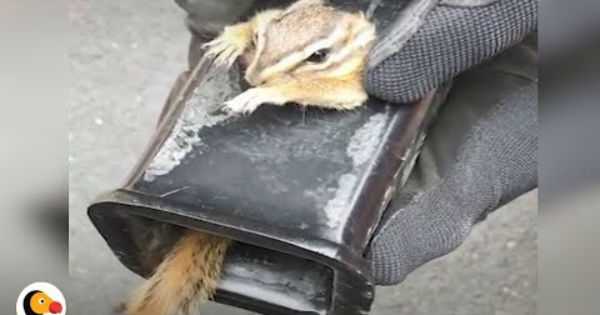 Each and every one of us should take care of the environment and all of the living creatures in it. We have previously come across many videos in which some brave people saved the life of some animals in danger, the latest one being the man who saved the life of a wild rabbit in the fire. Hereby, it is time to take a look at yet another such video and see how this careful and calm man managed to save the life of a scared chipmunk which was stuck in a tight hole in this metal bar. Even though the little chipmunk was utterly scared at first and moved a lot, it eventually managed to calm down and realized that help was just about to come. The man tried to do just about everything but it seemed that nothing is going to work.

But, he remained calm and was determined to give his best and to save the chipmunk’s life whatsoever.

Eventually, after minutes of great struggle and couple of frantic attempts to save its life, the man managed to pull the chipmunk out, which then immediately rushed in the opposite direction.

One thing is for sure, if the guy had not found it just on time and if it was not for his calm reaction, who knows what would have happened to this poor scared chipmunk. What do you think, what caused it to get stuck so much and what was doing there at first place?

At last, check out these cute Chipmunks on Pinterest!

A Complete Introduction To Ballast HID 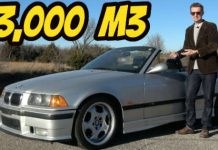 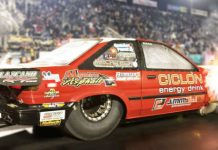 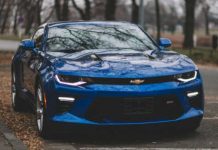