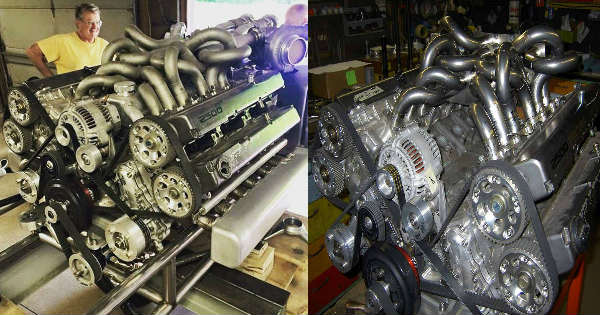 Whenever people are coming up with different ideas and modifications that they can do to their cars, they would all like to make sure that it is unique and no one has done it before. This is extremely difficult hence people have designed all sorts of things over the years. However, there are some enthusiasts who simply take things to a whole new level and make something that is going to amaze everyone whatsoever. His name is Don Groff and he created this awesome and unique mighty V12 engine. Yes, he took the likes of two Toyota 1JZ engines, put them together and managed to build this utterly amazing piece of ingenuity. But this process was not fast and it required years and years until the mighty V12 engine finally came to life and amazed everyone.

Instead of the initially planned four turbo chargers, he eventually went with using two and using the more explosive fuel, ethanol, as its main source of power. This engine is no joke. It is controlled by AEM Infinity ECU.

But probably the best part about this amazing setup is checking it out in action. We get the chance to do so and Don Groff power it up and the great roar could have been heard from a distance.

It surely is a solid piece of metal and every aspect of it works just perfectly, like a well oiled machine, as they say. Nothing gets better than a mighty V12 engine; that is for sure! 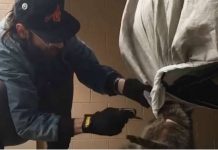 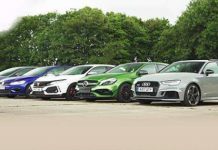