Road freight is the most popular method of moving goods domestically. More convenient than rail as you can go pretty much door to door and deposit the goods at a central depot, it is also among the most cost-effective. Of course, moving goods by road has been part of life since before powered road transport, but since the appearance of the internal combustion engine in the late 1800s, the truck has become a large part of our road systems. These days, heavy duty trucks make up a major part of the traffic on the roads of the USA. These massive vehicles are awesome to see and hold an ongoing fascination for many people, being very much an American icon. What makes a heavy-duty truck, and how does one differ to the usual type of truck we also see on the roads?

There are quite a few differences, and in this article, we’re going to have a look at some of them. You may also want to check https://www.finditparts.com/t/18600/categories/heavy-duty-truck/ for information on truck parts and accessories to get an idea of what is involved in running one of this mighty machines. Let’s talk more about trucks, and what distinguishes one from another.

for information on truck parts and accessories to get an idea of what is involved in running one of this mighty machines. Let’s talk more about trucks, and what distinguishes one from another.

Trucks came about in the form we see them now in the early days of motoring. Perhaps the first trailers – as used by heavy trucks – were those manufactured by a handful of makers to fit the Ford Model T in around 1920. Since then, very little has in fact changed bar the computerization of certain aspects of the manufacturer of a heavy-duty truck.

They still use the same chassis design as has been used for decades, and also the same principles in handling the other parts of the body and transmission that are mounted on the frame.

So what does distinguish a heavy-duty truck from other types? There are lighter and medium trucks that are also seen on the roads but – let’s be honest – it’s the heavy-duty ones we are always more fascinated by! The sheer size of these monsters is why they have been responsible for moving some of the biggest things moved by road and particularly in the USA.

As for the trucker, so much is laid down in folklore that they are a cult figure now, the kings of the road, and part of the US scenery. Right, let’s see what makes a heavy duty truck heavy duty!

The Weight of a Heavy-Duty Truck

A heavy-duty truck is classed as one that weighs 33,000lb (15,000kg) or more. That is vehicle and payload together. It is not unknown for trucks to run with a weight of in excess of 80,000lb. Clearly these are built to take simply colossal loads.

The average heavy-duty truck will be based around a C-channel steel chassis. This is a very basic frame that is made from lengths and crossmembers, but also one that is very strong, very simple and that allows for the truck to carry the weight it needs.

Utilising very powerful engines, gas powered and often with turbochargers, these massive machines can lug simply enormous loads that are needed to get from one place to another by road. They are among the most powerful vehicles on the roads and an imposing presence. Who uses heavy duty trucks, and what do they carry?

There are many different users who transport a variety of items from heavy machinery to construction equipment, and they operate throughout the USA as they have done for many decades. Let’s talk about the many different manufacturers of heavy-duty trucks in the USA today.

The USA may be the home of the heavy-duty truck, but in recent years the Chinese have become one of the biggest manufacturers of such vehicles in the world. However, it is still in America that the most recognisable brands in the heavy-duty truck market are found.

The curious thing is that there are many makes of heavy-duty truck that are unique to the genre. Some of the more famous and indeed iconic remain among the most popular. For example, Mack is a brand that cannot be ignored in this area of road vehicles.

In many ways Mack may be considered the original heavy duty truck manufacturers having been founded as long ago as 1900 by brothers of that name. They made their first truck in 1907 and, now owned by the Volvo company, are still responsible for some of the most impressive heavy-duty trucks in the world.

You might not know the name PACCAR but you will know it’s two mighty truck brands, Kenworth and Peterbilt. The latter is perhaps the name to remember in heavy trucks, with toy versions being very popular and real trucks being among the most massive and powerful of all. These are the trucks used on heavy-duty long-haul runs, and the real stars of the trucking world.

There’s a lot to be said for the USA’s continued use of trucks of this size, and it remains one of the few countries in the world where the roads are suitable for such machines. Often seen in convoys, the heavy-duty truck is a sight that is forever associated with the roads of the USA, and it’s a sort of romantic image that belies the hard work that goes into maintaining and driving these magnificent and supremely powerful machines. 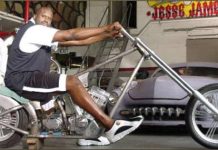 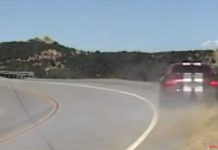 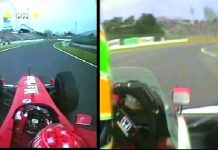 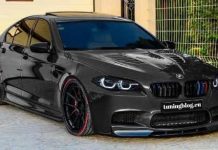