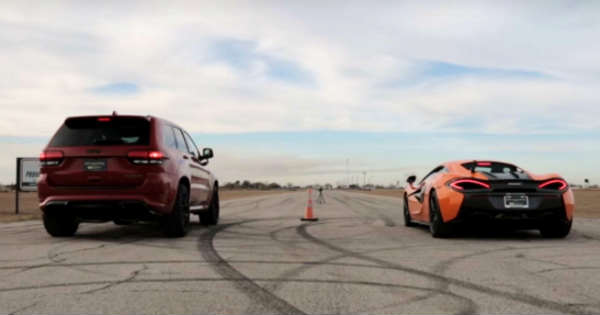 One of the aspects that we love about cars is that they are so versatile and diverge that you can always come across something that you have not seen so far. The possibilities are absolutely endless and just as thought that you have seen just about anything, another amazing thing strikes you. One such exciting duel simply has to be this drag race between two absolutely gorgeous machines. On one hand we have the mighty 2018 Jeep TrackHawk whereas on the other we have the 2018 McLaren 570S, a piece of wonder. The McLaren has the stock 570 HP with a RWD and it does not have a launch control. The Jeep is way more powerful hence it has 707 HP and an AWD. So, which one is going to prove to be better? Well, it is time to find out the answer.

Just as both of the cars were ready and the sign for the start of the race went down, they were off to an amazing start.

As expected, the 2018 McLaren 570S had some troubles at the start due to the lack of traction control, however, it eventually managed to catch up and take over the 2018 Jeep TrackHawk. But the best part about it is that not only we see one such drag race, but we see two of them.

Just like in the first one, we see the same scenario in the second one. This proves just why supercars have come a long way ever since! 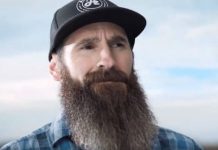 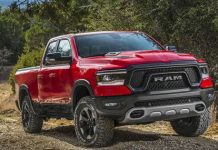 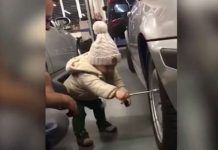