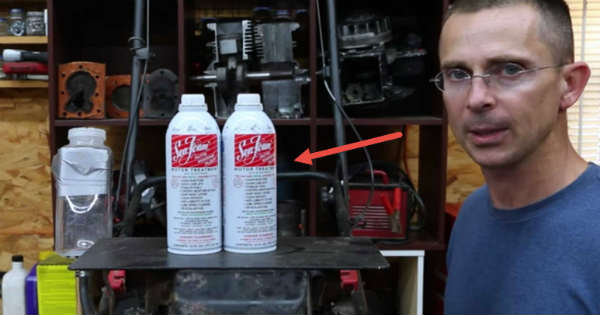 There are many awesome and crazy things that you can do with your common and daily drive car that will amaze just about anybody. Even though to many of us the idea might actually sound unbelievable, some actually go as far as actually putting the idea into practice. This is exactly why we come across some video that are incredibly wacky. Hereby, this man decided to conduct one such test and make his common lawn mower gas engine run entirely on Seafoam. Yes, this is actually something that he did and he takes us through every detail about it. After explaining some of the crucial things that we need to know about the gas engine itself, as well as the things of what might happen to it, it was finally time to test everything out. He took a canister and partially filled it with Seafoam.

He took some extra hoses and connected everything. The gas engine was able to be powered up with ease and there was nothing wrong with it at the start. Moreover, it even ran cooler than usual, which is somewhat surprising.

Each of the differences is nicely shown in a detailed comparison before and after the gas engine ran on Seafoam. As bonus footage we even get the chance to see how the Seafoam fuel burns in a see-through engine.

Due to its liquid form, it allows it to penetrate and clean the carbon buildup. Now you something way more and you will no longer have to look for answers! 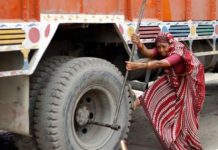 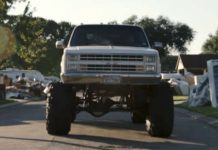 Many Lives Were Saved By This Hurricane Rescue Lifted Truck! 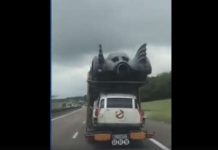