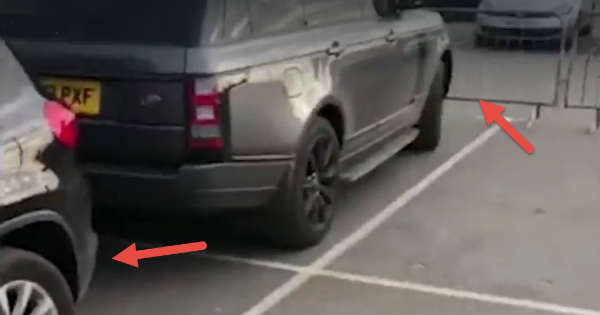 It has happened to absolutely anyone. Yes, the feeling of getting stuck somewhere on a parking lot where there are many free parking spots is something that we are all familiar with. Those are moments when you are capable of doing just about anything to get revenge on the arrogant driver who parked his car on a place where he should not have. Hereby, this is surely a lesson that this French driver will always remember, hence he made a big mistake and got in trouble with the wrong person. Namely, this guy decided to take his phone out and record the trouble that he found himself in, without even being his fault. Namely, even though there were many free parking spots on the lot, the arrogant driver did the unthinkable.

He parked in front of the car behind him and managed to get it stuck. However, the owner had something else in mind and decided to show him how getting really stuck looks like. He took the metal fences from the parking lot and decided to block the entire car all over it, not only from the front or the back, but as well from the sides.

Even though we do not see the reaction of the arrogant driver, we are pretty sure that this had ruined his day. He would have had to spend some significant time removing those metal fences, before driving his car away.

This is surely a lesson that he will never forget throughout his entire life! 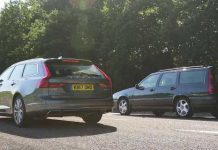 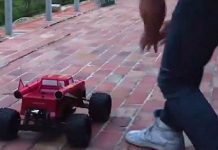 This RC Rocket Vehicle Launches High In The Sky!