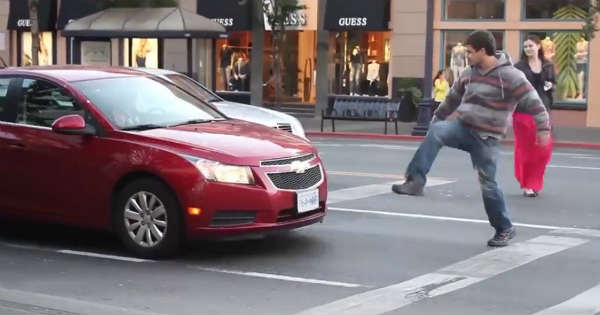 In this hilarious video you can see pranksters trick motorists into thinking there’s boxes in front of them. This hilarious invisible object prank is done by a duo of pranksters that goes by the name of – Life of Twinz. The result is pretty funny and it forces the fooled drivers to try and evade the imaginary objects. It’s actually a very easy prank that might give you the temptation to try it yourselves and fool some random drivers. Life of Twinz is actually a duo of twin brothers who are very creative and come up with many hilarious pranks. This invisible object prank is just one of those gems. We are sure their popularity will continue to grow rapidly.

Now, back to the topic at hand, and the invisible object prank, you can see many car drivers getting fooled hard by this duo of pranksters. What these guys do is walking in front of cars like there are some objects on the ground.

One car was fooled into thinking there are some object there and goes in reverse. The car driver right next to the fooled one told him that there’s nothing there and that these guys are just tripping him out. This caused some other drivers to drive on the curb in order to evade the imaginary object.

Other fooled drivers get out of their cars to check what’s going on in front of their car. Many drivers are fooled and you can’t blame them, there’s no chance of telling whether or not these guys are just fooling around.

At last, check out this Diesel Smoke prank!

The Very Special Car Collection That Pablo Escobar Had In 1993!

Replacement Cycle Of Bike Oil: Things You Should Know 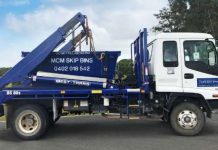